Unlike Senators Loren Legarda and Manny Villar, senatorial candidate JV (Joseph Victor) Ejercito has consistently disclosed his California property, but always at a lower price than what he paid for it.

On April 14, 2000, JV Ejercito bought a single-storey, two-bedroom house in Redwood City, San Mateo County, California for US$609,500. He was not a politician then but a prominent businessman, mainly because of his affiliation by blood to Joseph Estrada, the sitting Philippine president at that time. JV Ejercito first disclosed his Redwood City home in 2001 when he became mayor of San Juan City.

Below are the documents on JV Ejercito’s property given to me by a Fil-Am lawyer named “Steve” who I will describe as one of the millions of Filipinos who migrated overseas, disgusted and disappointed with the never-ending corruption and lack of progress and equity in the Philippines. 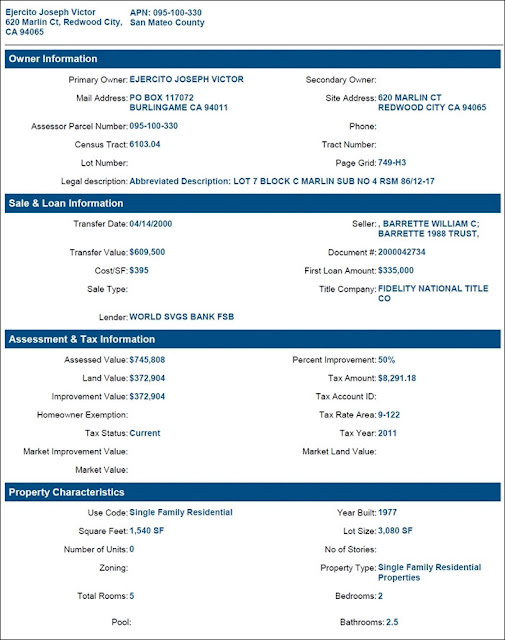 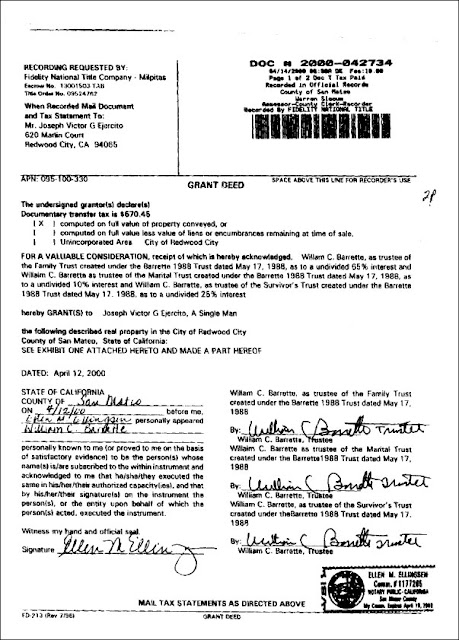 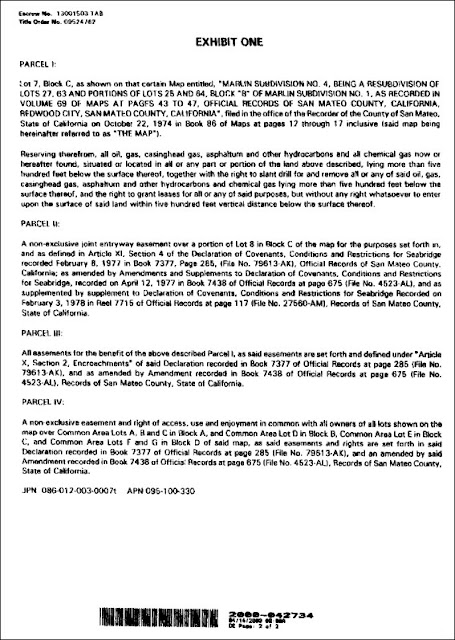 In the case of Congressman JV Ejercito, he consistently disclosed his Redwood City real estate in his SALNs throughout the years he was mayor and congressman. But always, he stated his purchase price at P22,5000,000 – or lower by P2.5 million than what property records say he had paid for it.

For a long while, I could not verify whether JV Ejercito had declared his Redwood property in his SALN because the House of Representatives had blocked total media access to the SALNs until the House had issued rules for getting them. Which the House never did. And, I suspect, never intended to do in the first place.

Fortunately, the Philippine Center for Investigative Journalism uploaded JV Ejercito’s SALNs on its website recently when PCIJ did a story linking Ejercito to offshore accounts.

It was only then I was able to find out that JV Ejercito did declare his property.

JV Ejercito is a businessman by profession and we can safely assume he knows how to calculate forex. Using the Philippine Central Bank’s average forex rate for April 2000, his purchase price of US$609,500 would be roughly equivalent to P25,104,329.80. 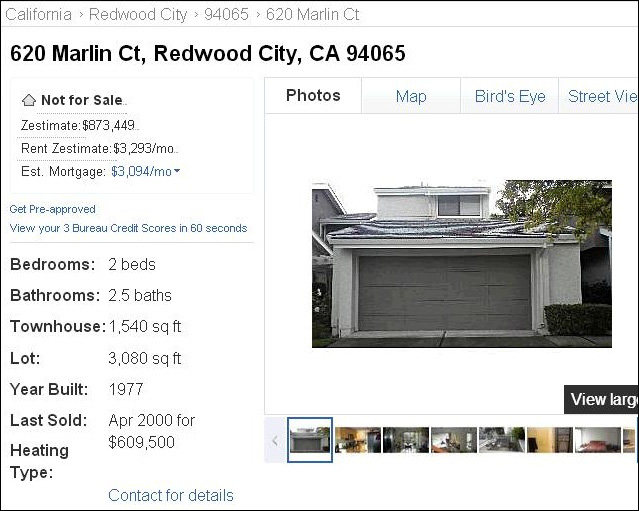 I had a difficult time chasing Congressman  JV Ejercito for his side on the issue. No one was in his office in Congress.

While trying to reach him, I researched his property some more and found the following pictures of his bedroom, bathroom, dining room, living room and kitchen on the real estate website Zillow: 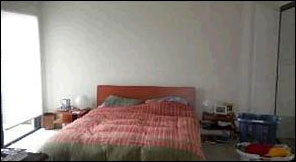 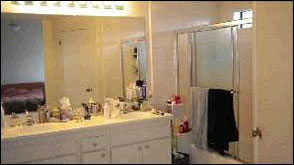 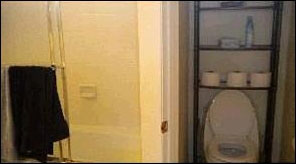 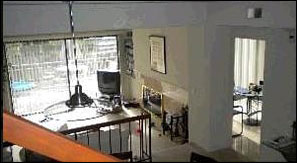 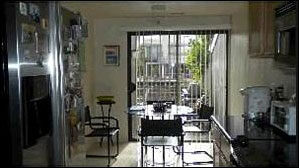 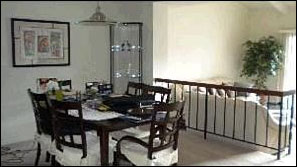 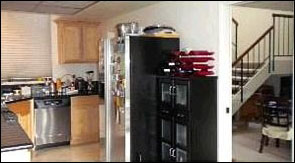 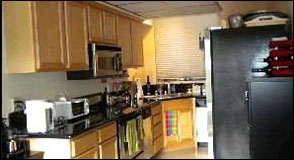 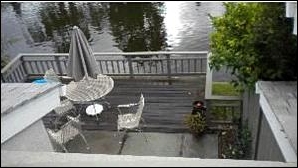 Finally, I was able to reach Congressman JV Ejercito through – of all places – the social networking site Twitter. I tweeted a question, asking him why it seems the price disclosed on his SALNs was consistently lower than what he had paid.

I asked him again. He tweeted back:

At that time, he was due to guest on TV. His final tweet to me was:

To those wondering why I’m persisting in writing about SALNs of high government officials, it is because the filing of SALNs is one very important duty of a government official or employee. It is enshrined in our 1987 Constitution and in our laws. It is a tool to help keep those in government from going over to the dark side.

Perhaps lawmakers will take their SALNs more seriously if we, the citizens and the governed, constantly look at them.

A commenter named “Drill Down” posted the following remark below:

valuing us property in peso could be quite tricky because we don’t really know when the us dollar was acquired.

imo, foreign properties and accounts should be listed in the currency of the foreign country in the saln. makes it self-explanatory.

That could run into problems because of our law on the secrecy of foreign currency accounts.

Then I looked at the BSP website to see when the forex was around that amount. That was in 1997 when JV Ejercito was 28 years old, since he was born on December 26, 1969. Pls. see for yourself.

However, notice – and this I forgot to mention – that Ejercito did not pay the full amount in cash. He took out a loan with Fidelity National Title Co., which he continues to pay to this day – based on his SALNs. So the exchange rate he used was not dependent on when he obtained the dollars.

In any case, you’re right, “Drill Down“. The senators and congressmen and Civil Service Commission should all come together and agree how to disclose real property located abroad.

Sen. Manny and Cynthia Villar own 2 California properties; senator’s SALN does not list them

Dear Senator Loren Legarda, how many SALNs did you file for the year 2011?