Today there was a bounce, a vigor, a  purpose to boxing champ Manny Pacquiao as he danced around the ring, throwing punches at  Brandon Rios’ bloodied face.

UPDATE:  Pacquiao made this promise to the typhoon survivors after his victory:

“It was very difficult for me [not to visit the ravaged areas] because I was in the middle of the training camp and I wanted to go, but I couldn’t. I was just praying for them and I just sent my staff there to bring them help and relief goods. I promised them that after the fight I would visit them. I plan to go there as soon as possible.” [source – South China Morning Post (HK] 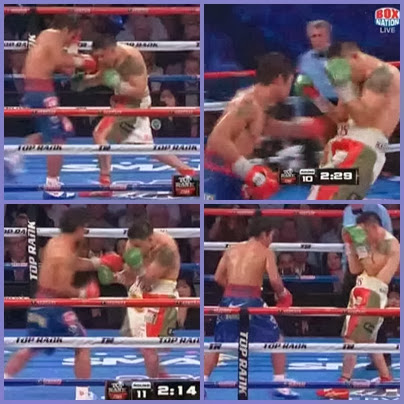 He wasn’t just fighting to win the multi-million dollar purse.

He was fighting to lift the weary spirit of a nation. And a world. 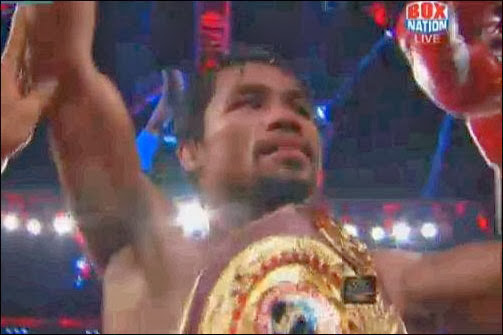 He won after a year of disgrace, caused by a sudden punch in his last fight that knocked him out cold. 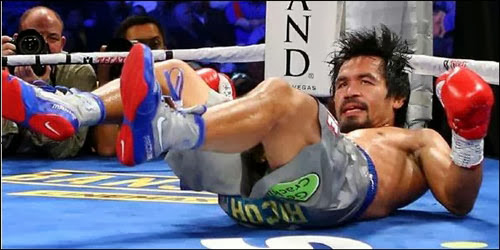 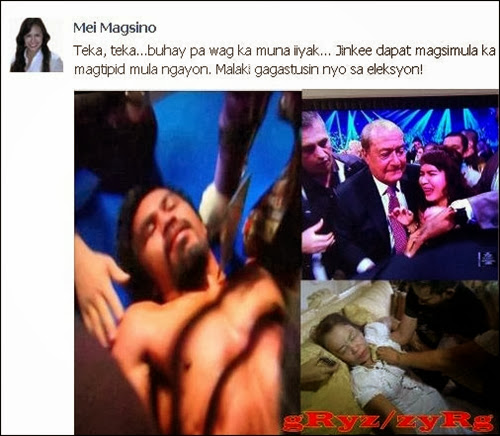 But by getting up and not quitting, he redeemed himself. 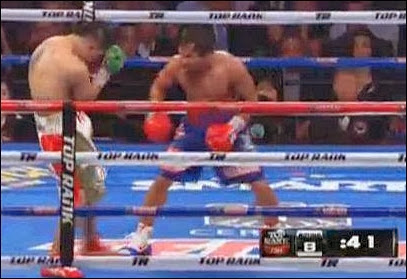 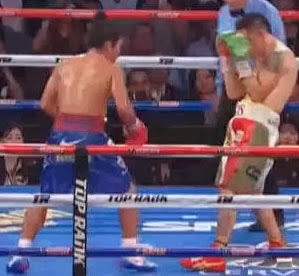 Now he has the credibility to tell his countrymen that they can lift themselves out of the tragedy brought about by Typhoon Haiyan. Just the way he lifted himself from defeat – through hard, painful work.

I admire Manny Pacquiao for his boxing. I think he’s one of the greatest boxers in history.

However, I’m glad he cannot run for President until 2022.

By that time, we will know what stuff he’s really made of, politically.