I was invited by the University of the Philippines Third World Studies Center to deliver a speech on the dictator Ferdinand Marcos.

I hope some of you can come.

It will be at the UP Diliman Faculty Center conference hall from 9 AM to 12 AM. 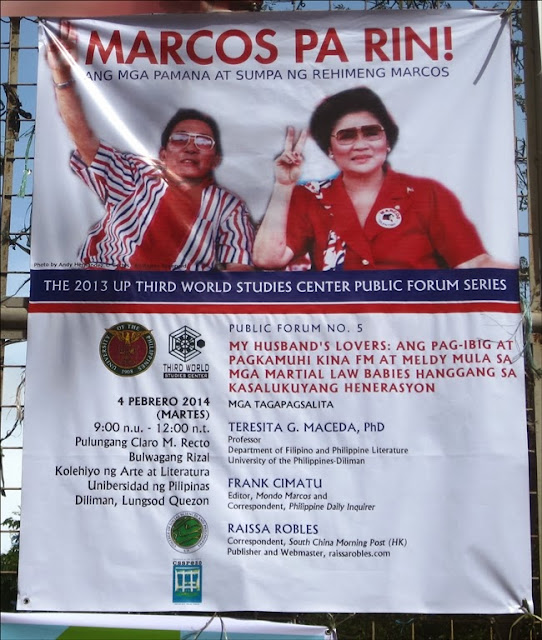