During his May 27 visit to the Makati Stock Exchange, Vice-President Jejomar Binay brought his own food of paksiw na isda and spam, according to business gossip columnist Vic Agustin. This was despite the fact that there was a western buffet prepared for that occasion – Binay ringing the trading bell for his ardent supporters, the Limlingan couple, who were launching an online trading company.

Agustin noted that Binay was apparently “still a country boy in his taste buds.”

This article is now being flooded with hundreds of comments coming from only four or five IP addresses but using different “names” or handles  The comments are all anti-Binay and are calling him horrible names without presenting any proof or arguing their case. A few are even mocking him for his color.

And it is for these reasons that I am not posting these comments.

I am appealing to those who are doing this to stop. This is not a site for propagandizing but for thoughtful discussions.

Pls. only use one name or handle.

Whoever is doing these things, if you want to join the discussion in Cyber Plaza Miranda tell me and post it as a comment.

I can strongly smell the hand of a PR man here – in order to project Binay as a simple man with simple tastes eating simple food. A man of the masses. When he has left that lifestyle over two decades ago.

When I interviewed VP Binay on a weekday shortly before his June 2010 inauguration, I was astounded by his huge, fully air-conditioned dining room. 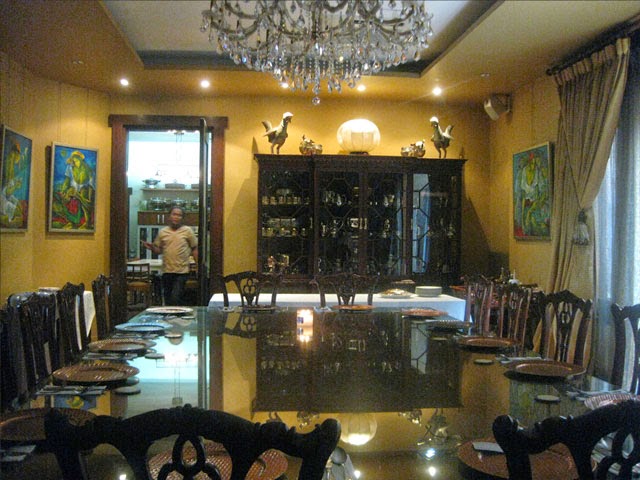 And by the bountiful breakfast there – like a hotel buffet complete with ham, bacon and cake for dessert.

I was astounded because back in the mid-1980s when I used to cover him as a human rights lawyer he was anything but wealthy.

But now, he lives like a very wealthy man.

But now, he has an industrial-type kitchen which can handle large receptions. I know because I was made to pass through the kitchen door. You can take a peek at his kitchen below. Here are some of the pictures I was able to take of his dining room, 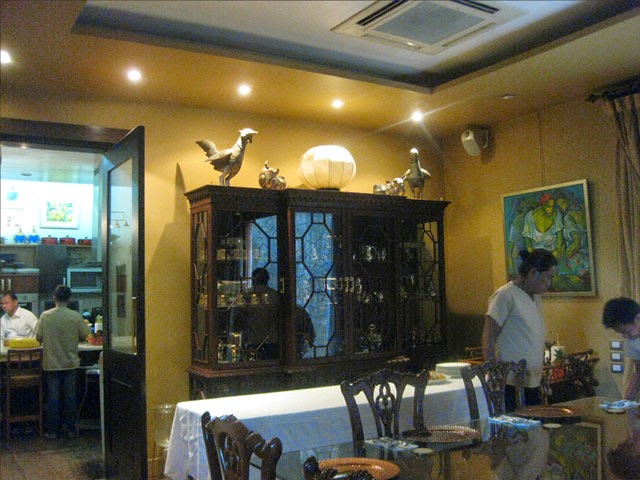 I believe his huge long dining table and fully carved chairs are made of hard wood like narra and each place setting has a large brass under plate. The side tables have various old religious icons on display and the walls have several large paintings. 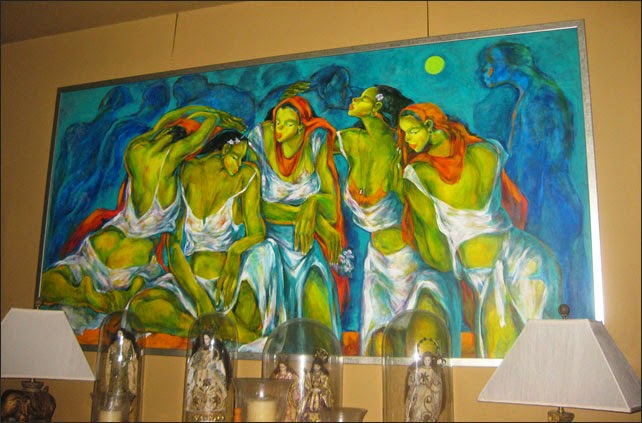 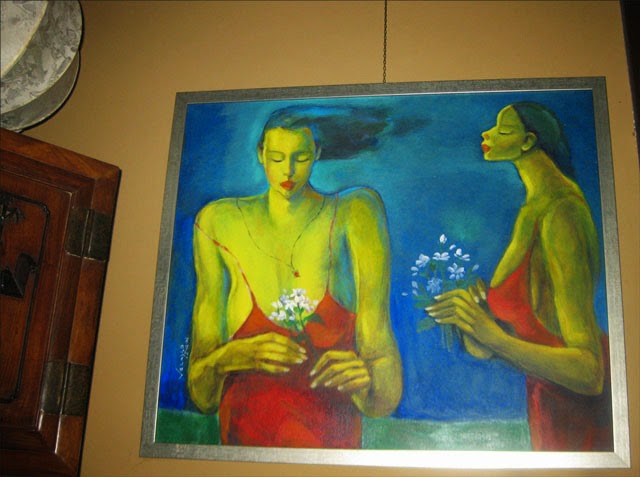 The ceiling centerpiece is a lovely Venetian-type chandelier. 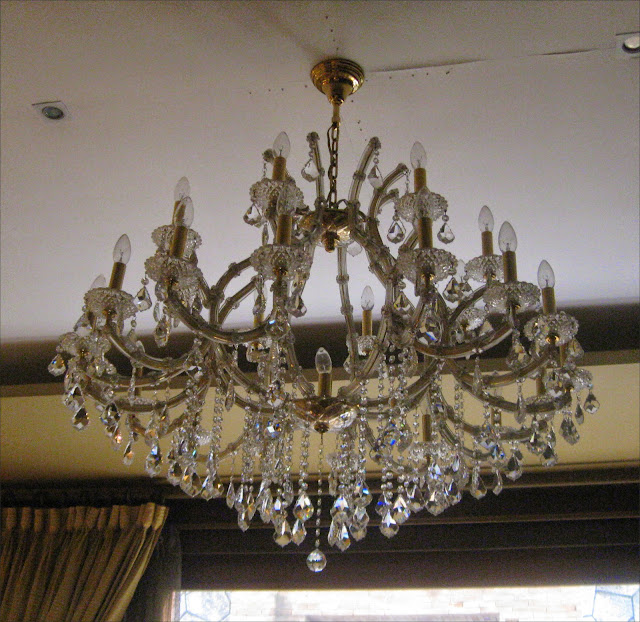 Which is why I think projecting VP Binay as a country boy is laying it on too thick.