Now that Senator Bong Revilla is in detention, his wife Congresswoman Lani Mercado-Revilla made a startling revelation: Bong Revilla – her action movie fantasy star husband who shot to fame portraying Flavio, the blacksmith (“Ang Panday”) on the big screen – cannot stand the heat in his cell.

Was Congresswoman Lani Mercado wearing diamonds while asserting her husband is not a thief?

How did Senator Bong Revilla stand the heat while campaigning under the sun? Without an air-cooler. 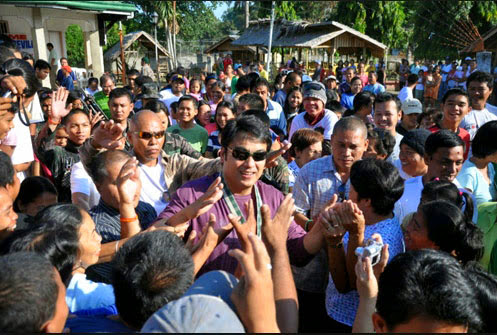 And how was he able to stand the heat while portraying the title role of the blacksmith Flavio in his fantasy movies “Ang Panday”? Without an air-cooler. 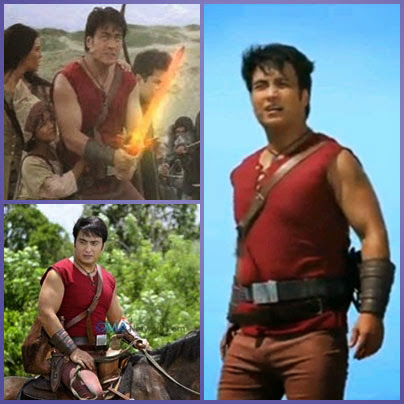 Did he also suffer from numerous bouts of migraine headache while shooting his movies and while campaigning for re-election under the searing heat of the sun? Without an air-cooler.

And yet he persevered and continued to campaign outdoors. He continued to shoot scenes for his movies. Without air-conditioning. Without an air-cooler. Without a hat. While wielding a sword that glowed with heat. He even handled a meteor to craft the sword.

What an admirable chap.

But wait a minute.

Shortly after he was detained yesterday in the police custodial center on the charge of massive theft of  tax money intended for the poor – and that includes many of his movie fans – his wife publicly begged for him to be allowed an air-cooler. Because if he has no air-cooler the police might end up rushing him to the emergency room of a hospital.

Hmmm. Ang Panday never ever told the viewing public that in reality he was the exact opposite of Flavio, the movie hero he has been playing. The movie hero whom his fans so adored that they voted the actor into the Senate.

But now comes this great contradiction: How can “Ang Panday” Flavio, wielder of the meteor-sword, complain of the heat in his detention cell when heat is part of what turns him into a super hero?

Will Senator Bong now confess to his millions of movie fans-turned-voters: Look guys, I was just play-acting. Sa totoo lang, I can’t stand the heat.

Horrors. Does his entire career consist of special effects?

This is just the first step. Before you know it, his wife will ask for him to have an air-conditioner. In a nice room. In a mansion. In Cavite.

Senator Bong Revilla now seems to be bothered by the roaches and rats in his detention cell. He mentioned their presence to his lawyer Salvador Panelo and to his wife Lani.

Wait a minute. As Flavio in his “Ang Panday” movies, Sen. Bong fought with pre-historic monsters the size of dinosaurs. And he’s bothered by small roaches and rats?

And by the way, his wife forgot to tell the public that Revilla’s cell has a window and a ceiling fan, according to a Philippine Star report.