If I know my media colleagues, they are even now frantically cajoling sources to release to them Enrile’s mug shots.

Who will get them first?

It’s just a matter of time. Almost nothing can be kept secret in Manila, which is why foreign parachute journalists love to work here.

Already, someone has leaked the letter from Enrile’s law office, that asks the police not to take Enrile’s mug shots because there is no need for them “if the subject’s identity is established or well-recognized” and “if there is no related public safety concern.”

“Absent these three requirements… the taking of mug shots or their publication would be unnecessary and would just expose the subject to ‘cruel, degrading or inhuman’ punishment… even while he has not yet been convicted.”

Here is a portion of the letter of Enrile’s law office: 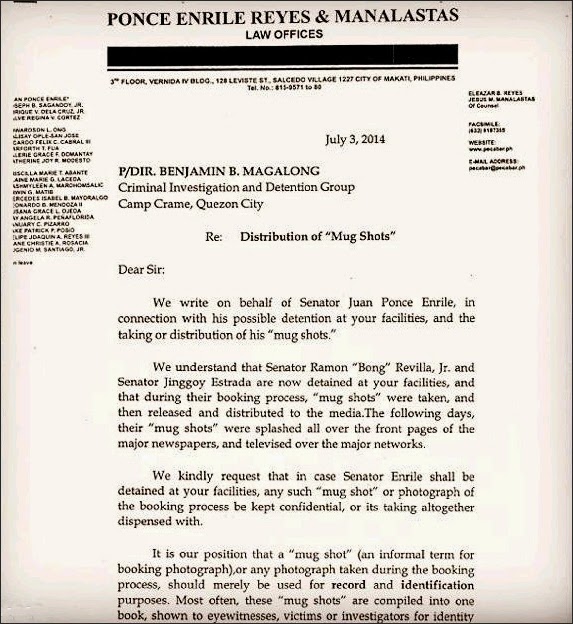 The paper work for booking a suspect is quite tedious. Seven separate forms have to be filled up. I hope the reporters get copies of these forms, too:

As for the police, its spokesman told reporters to go to court if they wanted Enrile’s mug shots.

The police is understandably wary because Enrile is still a sitting senator who can ask allies in the Senate to block the PNP budget, even reduce it to zero.

So, the only way for Enrile’s mug shots to surface is through a court order or a leak from somewhere.

Meanwhile, here’s how one of Enrile’s co-accused remembers him with fondness. The mug shots don’t matter.

This photo is from The Equalizer.com 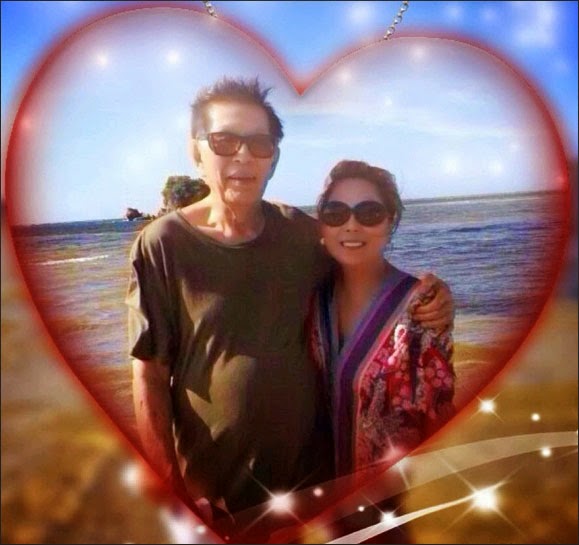