Vice President Jejomar Binay has something to seriously worry about.

In a matter of two months – and with elections still 19 months away – his ratings in the Pulse Asia survey on “Presidential Preference” have dropped by 24.39% – or by 10 percentage points from 41% last June to 31% this month of September.

While that of Interior and Local Governments Secretary Mar Roxas, his perceived rival, doubled in the same period – from 7% to 13%.

Only 18 percentage points now separate Binay and Roxas in the Pulse Asia surveys. 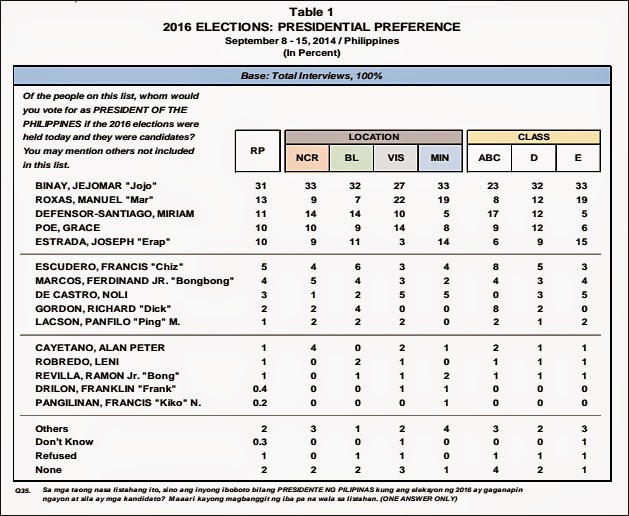 And here is the June-July Pulse Asia survey” 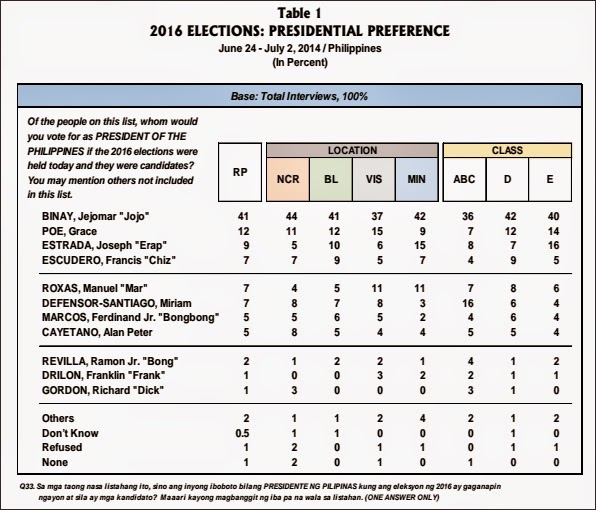 But Mar Roxas has leaped over Senator Grace Poe and Mayor Joseph Estrada to now take second place. However, Senator Miriam Santiago is a close third to him at 11%. While Senator Grace Poe’s rating has slid by 2%.

The Binay camp will naturally pooh-pooh this survey.

But these surveys are what political strategists use to plan election campaigns.

This is just the summary of what political strategists pay ratings agencies like Pulse Asia. I am sure the survey results go down to the provinces and cities.

@choihilario on Twitter just asked me if Mar Roxas can overtake Binay.

My reply – he has enough time to do that. But the question is, does he have enough credibility to make more and more people believe in him. However, this shows that Mar Roxas can start giving VP Binay some very serious competition indeed.

This is no longer a lone horse race.