What can I say.

Picture says it all. Why do the letters “Cong.” have to be in red?

Wonder who paid for the tarps. 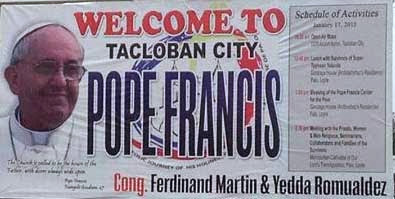