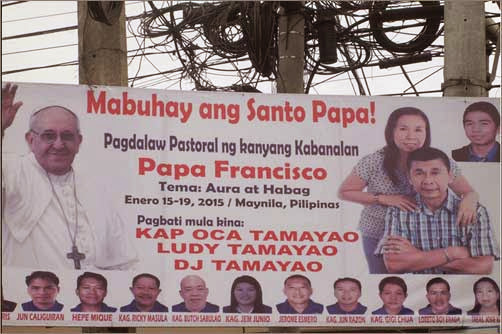 Perhaps someone can file a test case before Department of Interior and Local Governments (DILG) and/or the Commission on Audit (COA) to compel or make sure that all those in the picture pay for the tarp.

Their photos are occupying more space than the Pope’s picture.

Thanks, Maria Fe Kretz Apacible, for posting this on my page and noting that whoever made the tarp forgot to spellcheck the word “church”. 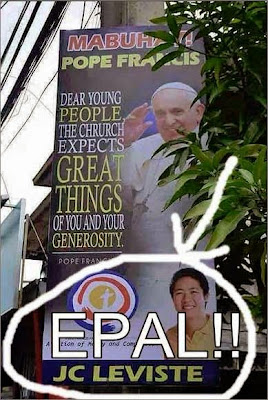 The poster below came from todosabongga.blogspot.com 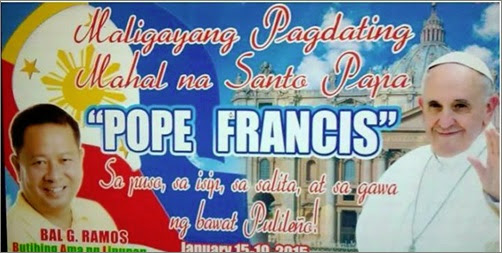 The same blog shows that the Levistes actually made “HIS” and “HERS” tarps to exploit the Pope’s visit: 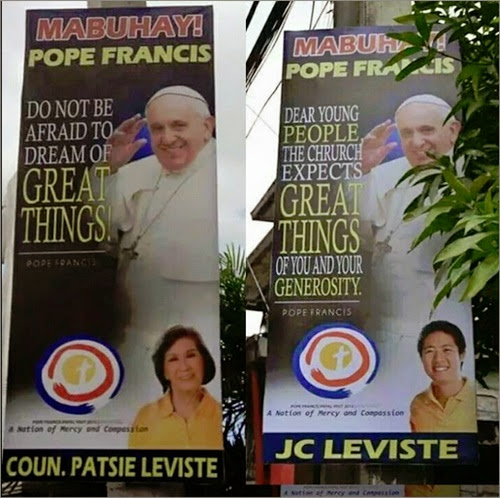 Dr. Clinton Balud of Baguio City posted this on my Facebook wall saying, “You must have missed this.” 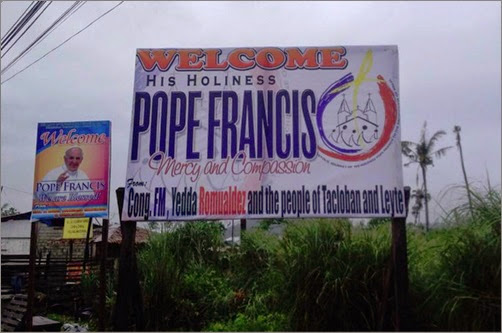