The last time there was such a love fest over one man was two decades ago when Pope John Paul II visited Manila. 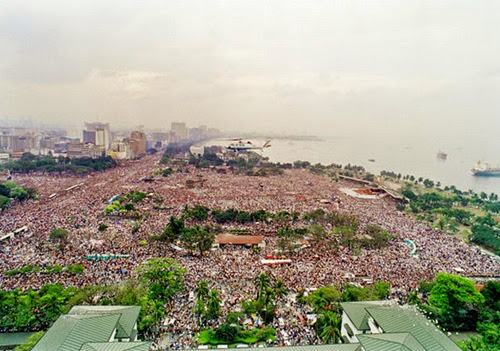 Pope John Paul and Pope Francis both defy the Hollywood notion of beauty and popularity. For instance, Pope Francis is old. Very old. He is nearly bald, vastly overweight. He speaks English with a terrible accent. And he wears no bling.

And yet, young and old, political left, right and center, and Muslims, too, are drawn to him. Many think he’s cool.

My hubby Alan told me that any Pope who came here would draw that kind of adulation.

When someone called Pope Francis a “rock star” on the social networking site Twitter, I commented that Pope Francis may turn out to be the rock of ages, the successor of St. Peter to whom Christ once said – “Peter, you are rock and on this rock I will build my Church.”

In the case of Pope Francis, he will have to rebuild. The Catholic Church is in deep crisis today with many of its beautiful cathedrals fallen into disuse as centers of worship and turned into museums for tourists to gawk at.

Aside from sex and money scandals hounding the papacy, Pope Francis’ predecessor Pope Benedict had also alienated Muslims big time by choosing to quote in 2006 that Byzantine Emperor Manuel Paleologos of the 14th-century the latter’s offensive view of the Prophet Muhammad: “Show me just what Mohammed brought that was new, and there you will find things only evil and inhuman, such as his command to spread by the sword the faith he preached.”

Muslims viewed these remarks negatively, perhaps not on the same scale as the Charlie Hebdo cartoons but close enough. The Pope’s view sparked anger and rioting.

And so when Pope Benedict abruptly resigned in 2013, the conclave of cardinals apparently went out of its way to choose someone who was the exact opposite of Pope Benedict. Not scholarly but street smart, not monastic but outgoing, not mainly cerebral but more emotional.

No two popes could have been so different in manner and temperament.

Both men chose to wear different papal rings – the symbol of divine authority. Pope Benedict wore the traditional gold one: 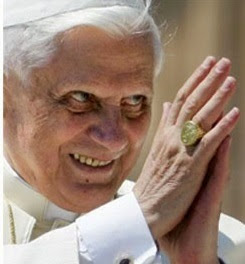 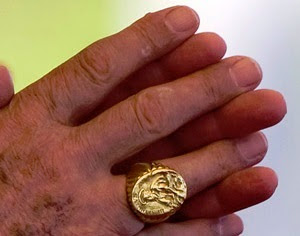 Pope Francis was given a similar one: 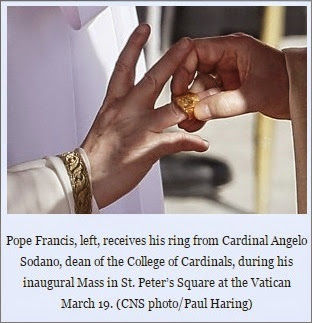 But discarded it for one in silver, a less valuable metal but more in keeping with his crusade against poverty: 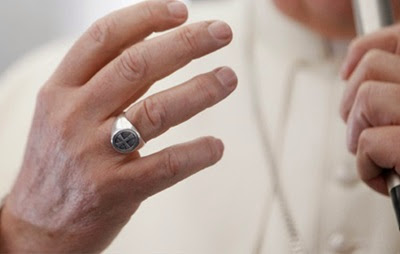 Both men look different when they smile: 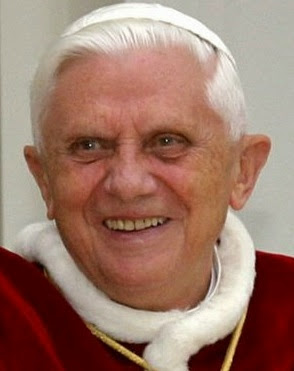 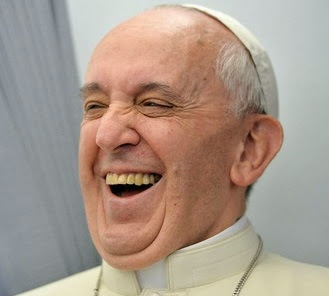 And have a different effect on children: 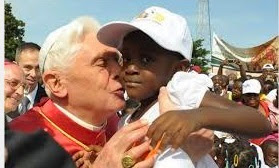 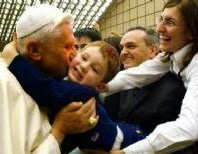 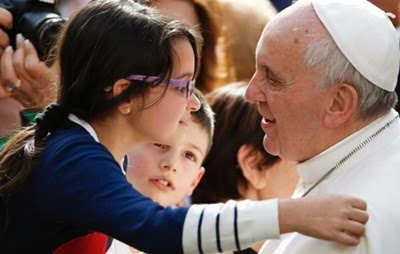 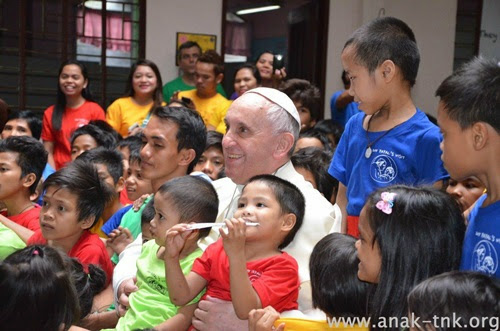 When 12-year-old Glyzelle Palomar asked Pope Francis why children like her were abandoned by parents and made to suffer, Pope Francis did not deliver a theological lecture that would have put his youthful audience to sleep. (I have a feeling the erudite Pope Benedict would have done that.) Pope Francis, the head of the Catholic Church, surprisingly confessed he did not know the answer. And then he told the young girl and his rapt audience:

Dear young boys and girls, today’s world doesn’t know how to cry. The emarginated people, those left to one side, are crying. Those who are discarded are crying. But we don’t understand much about these people in need. Certain realities of life we only see through eyes cleansed by our tears. I invite each one here to ask yourself: have I learned how to weep? Have I learned how to weep for the emarginated or for a street child who has a drug problem or for an abused child? Unfortunately there are those who cry because they want something else.

This scene of a young girl crying and burying her face in Pope Francis’ arms, then Pope Francis uttering those words that were so simple to understand and yet so filled with meaning – for a moment, it somehow took you back to the time of Christ when he spoke in parables to his apostles. It was like peeling away centuries of ceremonies and tradition that had so weighed down and encrusted the Church. It was like going deep down to the essence of why we call ourselves Christians – followers of Christ who knew beforehand he would die an agonizing death if he persisted in delivering a very simple and yet very difficult message to live by – ‘love one another, as I have loved you.’

Catholics for a long time have been famished for this kind of leader – one who would not simply say don’t do this or that – but would touch the heart and offer consolation, and be their rock of ages.

But will the euphoria last long after that magical moment has gone?

Fortunately for Pope Francis, he is just a tweet away as @Pontifex.

Unfortunately for us, Filipinos, we have to deal with the same local prelates, many of whom do not have the charisma and empathy of the pope.

Pope Francis has left behind much food for thought. Digesting this will certainly occupy us for many months.

But living it will need a lifetime.