Now that it’s officially summer, what better time to revive “Halo-Halo”, my gossip column about everything and anything.

First off, the Foreign Correspondents Association of the Philippines (FOCAP) had an unexpected invitation from US Ambassador Philip Goldberg to see him and his embassy staff for cocktails last Thursday.

I must say, I did not expect Goldberg to place everything off-the-record. I guess I had been spoiled by previous invites from the ambassadors of France and even from China before (notably Ambassador Liu Jianchiao) who has long been transferred to Indonesia.

While he was talking I was wondering why he reminded me of someone else. And then it hit me. He looked like one of my dad’s favorite TV characters – Eliot Ness in the Untouchables, played by actor Robert Stack. 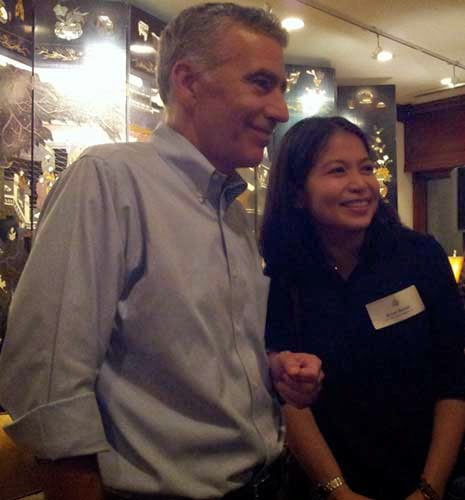 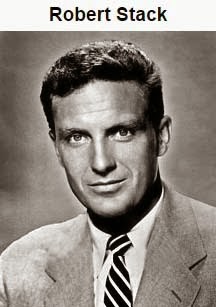 From what he told us about his activities in the Philippines, Goldberg seems to pack a lot of energy.

I wished though that I had done more homework on the ambassador before the cocktails since he has such an interesting background, as pointed out to me by Joshua Young @josh4everyoung on Twitter. I could have asked him some naughty questions.

In 2008, Goldberg was sent packing by Bolivian President Evo Morales for allegedly “fomenting civil unrest” there. Goldberg is fluent in Spanish.

Then for two years, the career envoy sat it out in Washington as the Department of State Assistant Secretary for Intelligence and Research before being sent to Manila.

Now, he’s in Manila in the middle of a noisy political transition from one administration to the next. Good timing.

Here’s a short video I took of our cocktails just as Goldberg announced he was placing everything off-the-record. The tall man beside him is Kurt Hoyer, the US embassy information officer.

I am fascinatedly watching the deadlock in Makati between the acting Mayor Romulo “Kid” Peña and the elected but suspended Mayor Erwin “Junjun” Binay. The latest news is that the employees of Makati donned black shirts last Friday to protest the situation.

If the Court of Appeals or the Supreme Court does not come to Binay’s rescue, in 11 days’ time the loyalty of the Makati city hall employees will be sorely tested.

A long public holiday is coming up and employees will need to get their salaries to enjoy the long Holy Week break. If the former Makati Vice Mayor Ernesto Mercado is right, city hall employees’ salaries are still disbursed in cash and not sent electronically to their ATMs.

Unfortunately for Mayor Binay, the Department of Interior and Local Governments is trying to make sure he won’t have access to cash. The DILG has already told the Land Bank not to honor Binay’s signature for any disbursements.

If the acting Mayor Kid Peña announces that the salaries would be made available at the old Makati City Hall where he is now holding office, what would the protesting employees do? Troop to where Pena is holding office?

Or mark Holy Week in the new city hall?

And if the courts don’t come to Binay’s rescue, the young mayor faces the prospect of spending Holy Week in his office.

As for Mayor Binay showing the media that he sleeps on a sofa inside his office, reporters, please ask him to show you the secret bedroom of his office inside the new Makati City Hall building.

His father, Vice-President Jejomar Binay, told me in a 2010 interview he had a bedroom installed there, too.

Here is the pertinent excerpt from my interview with the elder Binay:

Me: Sir, tatanugnin ko sa inyo, a. Huwag kayong magagalit. A long time ago actually, you showed me the room of Yabut (the mayor of Makati just before VP Binay).

Binay: Ah, when we had that new building so I had to leave that place.

Binay: Pagka nandoon ako. Tanghalian. The only time I think I slept there nighttime was when we were under siege. 2006.

You can listen to that excerpt of the interview by clicking here.

What also intrigues me about the Makati City Hall standoff is the total absence of protesters waving red banners of, you know, the left-wing affiliates.

It would seem that even they have distanced themselves from the Binay family.