In the year 2009, two months before the deadline for filing of candidacy for 2010 presidential race, Senator Francis “Chiz” Escudero gave me a one-on-one interview.

I sensed then that his mind was not fully made up to travel the road to the presidency. Shortly before he bolted from his political party, the Nationalist People’s Coalition, and withdrew from the presidential race, two of his followers told me they were prepared to accept and follow whatever Sen. Chiz decided.

And to fight another day.

I concluded then that even if Sen. Chiz dropped out of the race he could still be a factor in the presidential race if he publicly backed any one of the candidates. Because as of late October 2009, 13% of respondents in a Pulse Asia survey chose him for president.

He later joined the camp of presidential candidate Benigno Aquino III. And it was only much later on that we got to know about his clever undercover operation to graft the rival vice-presidential contender Jejomar Binay to Aquino and drop Mar Roxas in the process.

Who is Senator Chiz Escudero and why is Senator Grace Poe so dependent on him?

Let me give you a glimpse of the highly popular, boyish senator. At the time of my interview with him in 2009 for Asian Dragon magazine, there were no reports about his troubled marriage.

But he seemed ready to run for president. He even came out with a book entitled “Say ni Chiz”.

Unfortunately for his followers – some of whom I was able to meet – they had already spent money on Sen. Chiz’ campaign materials like stickers and even a portable light for reading in the dark – only to be left holding the bag after he dropped out from the race.

I thought at that time that Senator Chiz should have teamed up with Gilberto Teodoro and done a Gibo-Chiz tandem. That would have made an exciting team. But that did not happen.

Will people be ready to gamble again on his campaign if he ran for president or vice-president?

This time, Sen. Chiz will again have to make up his mind. Very soon, whether he wants to run for president, or VP, or not at all.

But definitely, he is up to something. I was surprised when he recently gave up the chairmanship of the powerful Senate finance committee which sponsors the proposed 2016 national budget on the floor for approval. You see, Senator Chiz told me his favorite reading material is the national budget.

I wonder if he is planning to take an active adversarial role in the coming budget deliberations. It could be a way for him to shine on the national stage. Nothing wrong with that. And he knows the budget’s secrets.

Here is my sketch of him in 2009, which Asian Dragon is letting me post on this blog:

Senator Francis Escudero said he’s ready to be the President of the Republic of the Philippines next year.

“I’m ready,” the boyish-looking senator who recently turned 40 told Asian Dragon. With his short-cropped hair and slim build, Escudero could be mistaken for a yuppie fresh out of college.

But the Rolex watch on the wrist – a gift from the wife – the well-cut shirt and air of quiet confidence all say here is a young man who thrives in the halls of power.

Should he win, Escudero would be the youngest ever politician to assume the nation’s highest office.

The question of his age being brought up again and again as an issue against him is quite understandable. Filipinos had gotten so used to being ruled by by men and women past their prime, including an aging dictator.

Next year’s elections would be different. Most of the presidential candidates rating favorably in pre-election surveys are under 50, with Escudero as the youngest.

This would repeat a historical cycle that Ferdinand Marcos’ military rule had interrupted. Marcos was 48 when he became president, while Ramon Magsaysay was 46. Senator Benigno Aquino Jr., who was touted to win the 1973 presidential polls that Marcos scuttled, would have been 40 during the oath-taking, if he had won.

Escudero believes many now would prefer to elect someone young since a little over half of all registered voters are his age or younger, he recently told Reuters news service.

Among all the candidates, Escudero is the only one who really uses the power of the internet. He personally uses the social networking tool Twitter to touch base with young Filipinos. His tweets are accompanied by a stylized drawing of him that makes him look like a Japanese mangga comic book hero. Escudero has 12,000 followers of his tweets, roughly the same as Senator Aquino. But Aquino’s tweets indicate that someone else is doing these for him. 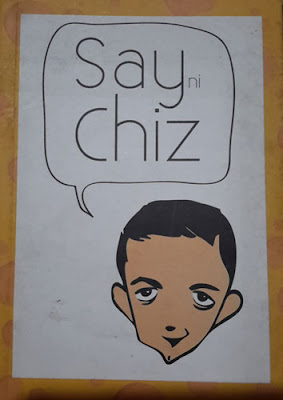 Closely linked to the issue of whether he was too young to run for president, Asian Dragon asked Escudero whether he thought himself “capable of being president.”

“Ha? (What)” was his reply. The question had briefly caught him off guard but the lawmaker who is known for his sound bites quickly recovered. He said in his usual rapid monotone: “If at all, I won’t even be thinking about it if I thought I was not. Not capable, but ready. Not really capable. Hindi kailangan yon. (That’s not necessary.) I’m ready. I’m ready for it.”

He pointed out that he had spent 11 years as a lawmaker – nine years in the House of Representatives and two in the Senate. Or roughly the same amount of time that two of his closest and older presidential rivals – Senators Benigno Aquino III and Manuel Villar – have spent as legislators.

Unlike them, Escudero also has had legal training from the University of the Philippines, followed by a two-year postgraduate course in international and comparative law at Georgetown University.

He gave three other reasons why he was ready: “You must be willing to turn your back after your term ends. Your heart must be in the right place and you must have the will to do what needs to be done.”

Later, he revealed he had aspired for the post at the age of five, or roughly when Marcos was the president. “That’s what my mom told me. But of course I lost it along the way….But again, why do I even have to justify my age? I don’t diminish the capabilities of those older than I am.”

Of Marcos, whom his congressman-father, Salvador, once served as agriculture minister, he said he initially had a vision for the country but did not know when it was time to go. Sen. Chiz said nothing about Marcos’ grand-scale corruption.

Surprisingly, Escudero did not cite his own eloquence as that singular quality that would make him a good president. Instead, he said, “I listen. Like a sponge….One thing we sorely lack in the present president.”

His Senate office is geared for listening. It has no imposing executive desk. It only has a long shiny wooden banquet table with over a dozen chairs and a wooden display cabinet filled mostly with his law books and biographies like the late US President Richard Nixon’s.

He hasn’t read Nixon nor the rest. “Forgive me if I’m honest enough to say people gave me those books. It will be a flat out lie to say I did (read them).”

“I don’t read for fun…but the budget I read completely from cover to cover (even if) it’s boring.” His focus on the national budget is understandable since it is one of the key documents of governance. It shows who gets how much of taxpayer money.

Escudero rose to prominence because of his way with words, which he effectively used to slam President Gloria Macapagal-Arroyo. He was at the forefront of two impeachment moves against Arroyo in Congress.

But when asked during the interview whether he would pursue Arroyo’s prosecution if elected president, he said: “I do not seek to persecute nor prosecute her.”

Escudero’s own record at making the Ombudsman accountable seems to be the exact opposite of his stance today. Years ago, Escudero helped block the impeachment by Congress of Ombudsman Aniano Desierto, who was accused of not doing his job.

Escudero clarified his role: “I simply voted against the impeachment because the evidence was not clear. How can I by my lonesome stop it? As you said yourself I was a first termer. I was 28 years old. Ganon ba ko kagaling? Biglang sinisisi sa ‘kin lahat yan? (Was I that good? All these are suddenly blamed on me.) Excuse me. I did not even have a chairmanship at that time.”

Escudero is prepared to run as the official candidate of the Nationalist People’s Coalition whose founder, businessman Eduardo Cojuangco, has a slew of pending court suits filed by the state against him. Escudero said “all of them (cases) are pending before the Supreme Court and in the courts. Whoever becomes the next president should not intervene because the president has no business interfering with cases pending before the courts.”

Likewise, he said, the next president should not intervene in the ill-gotten wealth cases against the Marcoses because “again, (they are) pending in the courts.”

Escudero displayed a similar thought process and hands-off stance on the proposed anti-dynasty law. The proposal is intended to flesh out a constitutional clause by banning relatives from running for office at the same time in the same province. The committee he chairs endorsed it for approval but he inhibited himself from the deliberations because “I might be accused of having conflict of interest.” In 2007, his father ran and won the same congressional seat he had just vacated.

Escudero said he hoped to bring about change in the way of doing things. In one of his speeches, he promised to deliver on six priority areas to entice investors. These are: good governance; enforcement of laws in speedy fashion; strengthening of finances; investing in the youth; self-sufficiency in rice, corn and fish; and fast-tracking of infrastructure.

During the interview, Escudero seemed loath to use the word “I” in the same breath as the presidency. Whenever he was asked what he would do if he became president, he would say, “let’s rephrase (to) whoever becomes president (because) to me, it’s not a question of personality. I haven’t even declared (my candidacy) yet. I cannot say if I become.”